Season of mists and stuff


I’ve been busy with storytelling and similar commitments during the past few days and I’d like a day to rest, sit in my armchair, read a little, listen to music and blow bubbles. However, life goes on making demands…

But it doesn’t stop me enjoying the autumn colours. Walking home from town this morning I couldn’t resist taking a few pictures on my nice new smartphone – the technology is of course far too complicated for me, but I’ve managed to learn how to use it as a camera. 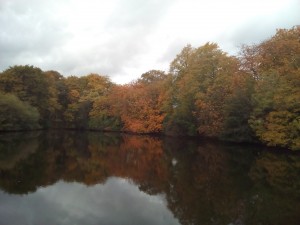 Thee’s something magical about the reflections of trees in still water. No wonder the edges of lakes and woods feature so often in folktales; they’re entries to the Other Realm. One must be careful where one walks. 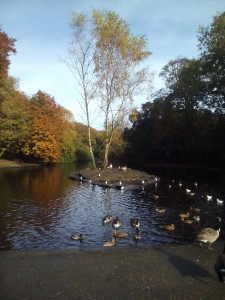 At least the ducks know to which world they belong. It’s the one in which humans come to the edge of the lake and feed them. 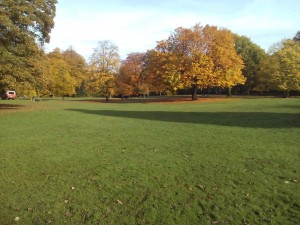 Chlorophyll continues to dominate the colour of the grass and even some trees (at least, it does if you have ordinary boring colour vision), but the visual pleasure for most of us arises from the altered pigmentation of most of the foliage…

Yellow xanthophyll, orange carotenes, red anthocyanins… Delightful chemical combinations, but who cares about the science when there’s such a visual treat for all to behold?

I’m told that haiku, which in English terms comprise three lines of five, seven and five syllables, have to refer to a season of the year. I’m by no means a poet, especially since I struggle to find the right language to describe the beauty of this particular season, and I don’t believe I could ever compose a satisfactory haiku. But I’m bound to say that

I’d need to find a word worth

Leave a Reply to Shai