After our storytelling gathering in Buxton last Sunday (11th September), the organiser of the “Discover Buxton” tours approached me to ask whether I’d tell traditional local tales at one of the Village Walks she’d planned around the area. Netta is forceful and persuasive, and far too charming to permit refusal. So a week later, on Sunday 18th, I drove to Longnor, a village some twenty minutes’ drive south of Buxton (about an hour from where I live). The plan was that an elderly local resident would take a group of fifteen visitors around the village, explaining features of its history, and then they’d gather together so I could tell them stories for ten or fifteen minutes before everyone went to the pub.

It was a beautiful afternoon, unseasonally warm and sunny, and everyone seemed to be enjoying themselves. Longnor is an interesting place. It’s now a large village, but centuries ago it was a significant market town, standing as it does at the crossing of two mediaeval drove roads along which agricultural and other goods were transported daily. Its importance boomed during the 18th and 19th centuries, until finally a market hall was built in the middle of the then-town. (It’s now a furniture store!) 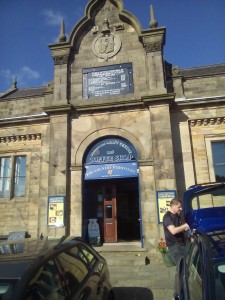 Beside the market hall is one of the old cobbled lanes that are characteristic of such towns/ villages: 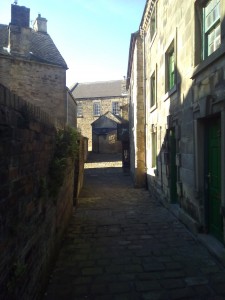 For some reason, Netta had arranged the storytelling part of the afternoon in the local church, St Bartholomew’s. It wasn’t the most appropriate setting because the stories I’d chosen to tell are distinctly Pagan in character, involving the Peak District’s mermaids – ambiguous and potentially dangerous creatures who inhabit three of our little lakes. It might seem remarkable that a location as distant from the sea as you can find in Britain – the Peak District is in the middle of England, where East meets West – can be home to mermaids, but our part of the world isn’t unique in this regard. In the east of England, in the Fen country of Cambridgeshire and Suffolk, several inland lakes are inhabited by similar supernatural beings. I’d chosen our mermaid tales because one of the stretches of water in question, Blake Mere, is within easy walking distance of Longnor. 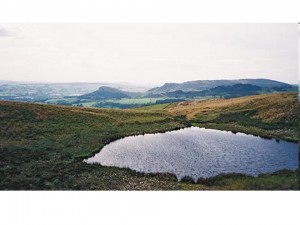 Not far away, but what a contrast to the church… 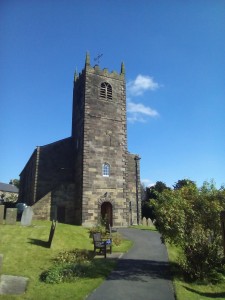 It war gratifying to learn that the visitors enjoyed their afternoon and Netta now wants me to help out with other village tours. Of course I will, but I wonder how much of the people’s pleasure was attributable to the beauty of the location and the glorious weather rather than my storytelling skills.

The pub was most welcoming, though! 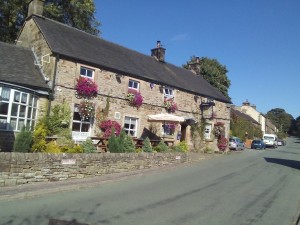 ← Back in Brontë country
Enjoying a glorious autumn day →