It hardly seems five minutes ago that the birch tree at the end of the lane opposite the hospital was coming into leaf. Now its leaves are turning ochre and the swallows are gathering, preparing for their long migratory flight. But today was gloriously hot and sunny – the sort of wonderful summer’s day we seldom experience in July – so I decided to abandon work and go for a drive to enjoy the  south-western part of the Peak District.

I went via Fernilee and Erwood and then took the minor road westwards towards Rainow. At the Jenkin Chapel I stopped to take photos. The Jenkin Chapel is one of the most isolated places of worship in the area. Built in 1733 by John Slack of nearby Saltershall, it’s a most unusual building, rather like a house with a tower attached. It’s made of local gritstone and has a saddleback roof, and inside are the original box pews. Originally dedicated to St John the Baptist, it wasn’t officially consecrated until the 1890s, and then it was rededicated to St John the Evangelist. The name ‘Jenkin’ is said to be that of a fiery 18th century Welsh preacher who delivered sermons in the area at the annual horse fair.

The photograph I took insists on orientating itself at ninety degrees to the vertical when I insert it into this post. Perhaps the Rev. Mr Jenkin is warning me against stealing the image of his church. 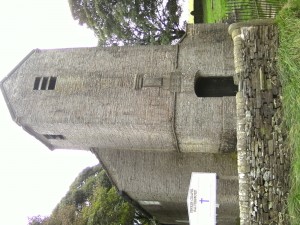 From there I drove southwards to Wildboarclough, a village that boasts a row of cottages called ‘Edinboro Cottages’. What connection the name has with Edinburgh, if any, eludes me. I must make further inquiries. Then I continued to the delightful little hamlet of Wincle, with the charming St Michael’s Church: 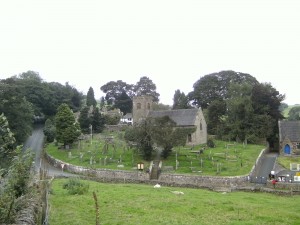 And then via Danebridge, over the River Dane, past Swythamley Hall and on to Meerbrook, which lies on the southernmost border of the Peak District. From Meerbrook you can look northwards to the impressive rock outcrops of The Roches and Hen Cloud: 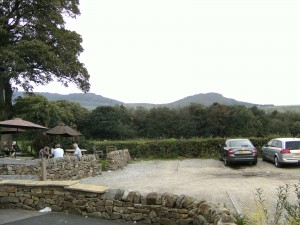 And enjoy visiting a pub with a name I’ve seen nowhere else: 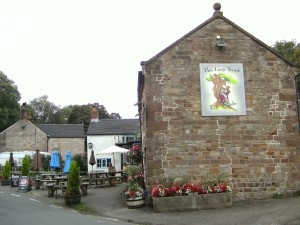 Meerbrook has a lovely church as well, a distinctive building, dedicated to St Matthew.

I turned back northwards from that point, since the afternoon was growing old, and reached home and made dinner in time to catch the evening news. But the sky darkened prematurely, and the glorious hot day ended with us under the biggest and blackest cumulonimbus I’ve ever seen – which duly unleashed a torrential thunderstorm. Well, the garden’s been watered!

One big advantage of autumn is that beside the old reservoir where I regularly walk my neighbour’s fat dog, bulrushes grow. They’re not common in this part of the world, so I took a picture with my wonderful new smart-phone to prove that they’re real! 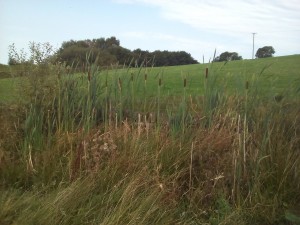 ← Village Walks
In the footsteps of Charlotte Brontë →