For much of April, spring was progressing as usual, and then came a spell of cold weather with snow and frosts. The swallows, recently returned from migration, ceased to fly over the lakes and fields. Some of our regular spring flowers such as forget-me-nots and lesser celandines, which had begun to bloom, faded and seemed to die. Buds on the trees ceased to open.

Then the weather turned again and we had a mini heat-wave, and we were reminded that a delayed spring is a coiled spring, awaiting only a rise in temperature to return with renewed vigour. And the rate of change has been spectacular. Oaks and beeches came into full leaf in a matter of days, the swallows flew again, and the flowers bloomed once more.

(I always love to see them new leaves on trees, particularly oaks and beeches, because for a brief period they anticipate autumnal colours. The subsidiary pigments, the carotenes and xanthophylls, are expressed before the levels of chlorophyll rise to their summer glory. Such is the scientific reason, but the wondering eye sees a melancholy prediction of the declining year even during the rebirth of greenery.)

Yesterday was gloriously sunny and warm, so I abandoned work and went for a drive and walk around the Peak District. The bluebells were in full flower (some of them white rather than blue). 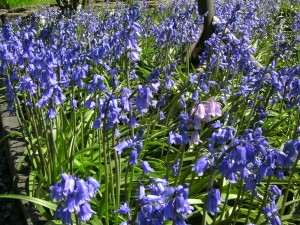 Garden flowers are no less appealing. 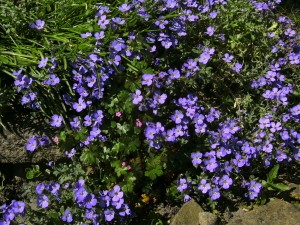 At the head of the Derwent Valley the fields and woods are green; on the right of the horizon in this photograph you can see a luster of rocks called the Devil’s Coach Horses, the origin of which is the subject of a splending local folktale.

Lambs gambol around the fields of the Peak District. 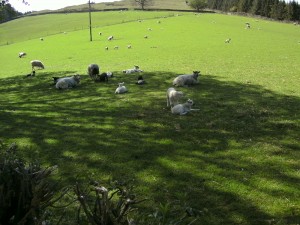 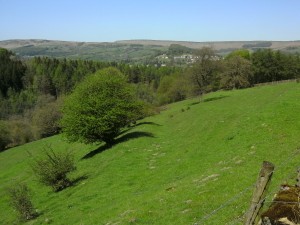 And in the limestone dales, there are the lesser celandines… 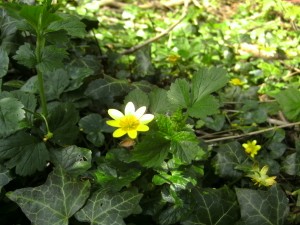 and the early purple orchids… 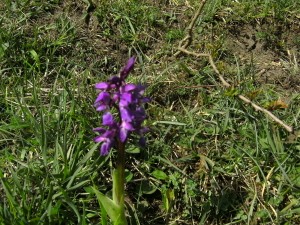 and the wild violets… 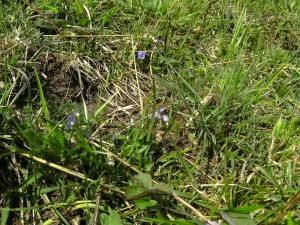 and, on the sites of former lead mines, rarieties such as spring sandwort… 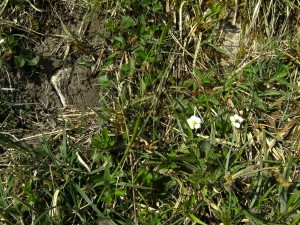 while the River Wye flows gently towards Miller’s Dale… 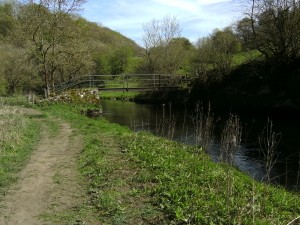 And these are some of the many reasons that I love the place where I’m privileged to live – especially during springtime.

On the matter of young oak leaves, here’s a recipe for a particularly delicious wine. You need:

One gallon of oak leaves

One gallon of boiling water

Pour the boling water over the oak leaves and leave to stand, well covered, for 24 hours. Strain off the liquid and place in a pan with the sugar, thinly-peeled lemon and orange rind, and the juice of both fruits. Bring to the boil and simmer for 20 minutes. When lukewarm, add the activated yeast, strain into the fermentation jar and insert an airlock. Leave to ferment to a rinish, then syphon off from the sediment. Store, tightly corked, for at least six months before bottling. The wine tastes rather like mead.

I’m told that the wine can also be made from late summer oak leaves rather than spring ones, but the flavour is quite different. (I haven’t tried it.)

← When is green?
Political leaders and popular choices →