Back from the Deep South


The south of England was warmer than the north, and considerably warmer than Scotland, and we didn’t suffer too much rain – just a persistent strongish wind. We returned a week ago (7th August) but since then I’ve had to spend time caring for my somewhat disabled companion – who despite pain and limited mobility enjoyed the week’s sightseeing – finally taking her home to Edinburgh on Tuesday 11th. Since my return on Wednesday 12th I’ve been catching up with e-mails, editing demands, the playwriting course, laundry, shopping…

Among the 102 usable photographs I took during our tour of the south we had several of the visit to Stonehenge. In this photo, of me and the stone circle, a friend – now an acquaintance – asked which of the two monuments was the more ancient. Huh. 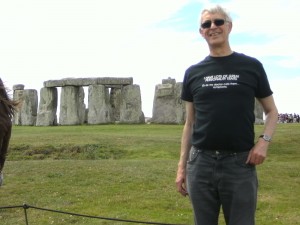 We also spent time in Salisbury Cathedral and took the chance to see the best-preserved and clearest of the four surviving copies of the Magna Carta. Understandably, visitors are not allowed to photograph the Magna Carta (camera flash isn’t good for 800-year-old ink on parchment) but the cathedral itself is highly photogenic – tallest spire in England…

… and a wonderful Early English interior… 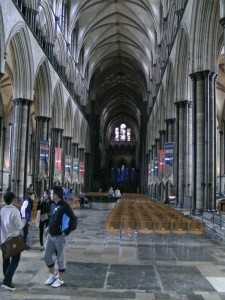 Needless to say, we spent some time in the New Forest itself, 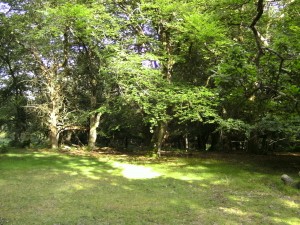 and photographed some of the wildlife, including a selection of the famous New Forest ponies: 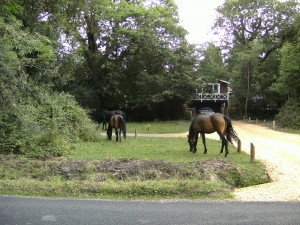 A visit to the Isle of Purbeck (actually a peninsula protruding into the English Channel from Dorset, west of Bournemouth) included an hour or so spent exploring the spectacular ruin of Corfe Castle: 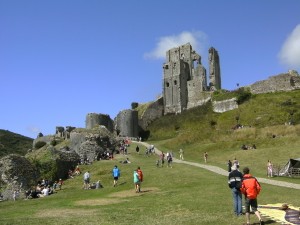 And on the penultimate day of our vacation we went over to Waterlooville, north of Portsmouth, to visit Butser Ancient Farm, with its reconstructed Neolithic and Iron Age dwellings (all informed by the latest archaeological research); 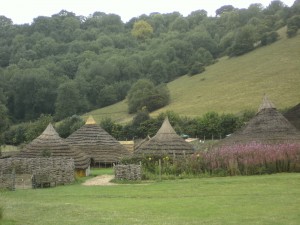 I’ll spare my readers the other 95 photos.

Well, back to the grind now. A play to revise, short stories to prepare for competition entries and magazine submissions, novel to continue… I’ll try to post another blog in a week or so.

← In a copper mine
Time for a break →